Burton Watson is one of the world's best-known translators from the Chinese and Japanese. He received the PEN translation prize in 1981. His translations include The Lotus Sutra, The Vimalakirti Sutra, Ryokan: Zen Monk-Poet of Japan, Saigyo: Poems of a Mountain Home, and The Columbia Book of Chinese Poetry: From Early Times to the Thirteenth Century, all published by Columbia. This book presents Watson's renowned translation of a Chinese philosophy classic in pinyin romanization for the first time. 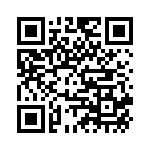