˛ţňŃ 261
The work of the administration of the kingdom , the choice of officials , law -
making , taxation , decision of legal cases , was all done by the Prime Minister .
As the new king had no consort , the courtiers , headed by K ' ung - ming ,
proposed a ...
˛ţňŃ 467
Who is acting in place of the late minister ? ö asked Wei . ô The chief command
has been delegated to Yang I , but the secret plans of campaign have been
entrusted to Chiang Wei . This authority issues from him . ö Wei replied , ô Though
the ...
˛ţňŃ 471
It was much like this : " I , thy Minister and General , Wei Yen , ' Corrector of the
West ' and Marquis Chêng , humbly and with bowed head write that Yang I has
assumed command of the army and is in rebellion . He has made off with the
coffin ... 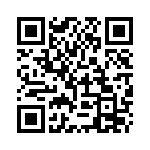