A glorious disaster: Barry Goldwater's presidential campaign and the origins of the conservative movement

Several notable books, including Rick Perlstein'sBefore the Storm: Barry Goldwater and the Unmaking of the American Consensus , document the rise of modern conservatism, which coalesced into today's ... чша счйшд омад

J. William Middendorf II served in the Nixon, Ford, and Reagan administrations as Secretary of the Navy, Ambassador to The Netherlands, U.S. Representative to the Organization of American States, and U.S. Representative to the European Community. He is a founding member, with William F. Buckley Jr., of the American Conservative Union and a board member of the Heritage Foundation. He lives in Rhode Island. 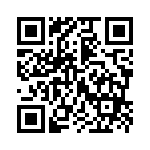