This book is frustratingly hard to rate. On the one hand it disturbingly documents the history of "scientific" racism/prejudice re: temperament/intelligence/etc. On the other hand it is frustratingly ... „°Ó ±„ķ°õ ŅņÓõ

In The Mismeasure of Man, Stephen Jay Gould examines the manner in which scientists described intelligence as ōunitary, linearly rankable, [and] innateö in order to argue for social programs or ... „°Ó ±„ķ°õ ŅņÓõ

Born in New York City in 1941, Stephen Jay Gould received his B.A. from Antioch College in New York in 1963 and a Ph.D. in paleontology from Columbia University in 1967. Gould spent most of his career as a professor at Harvard University and curator of invertebrate paleontology at Harvard's Museum of Comparative Zoology. His research was mainly in the evolution and speciation of land snails. Gould was a leading proponent of the theory of punctuated equilibrium. This theory holds that few evolutionary changes occur among organisms over long periods of time, and then a brief period of rapid changes occurs before another long, stable period of equilibrium sets in. Gould also made significant contributions to the field of evolutionary developmental biology, most notably in his work, Ontogeny and Phylogeny. An outspoken advocate of the scientific outlook, Gould had been a vigorous defender of evolution against its creation-science opponents in popular magazines focusing on science. He wrote a column for Natural History and has produced a remarkable series of books that display the excitement of science for the layperson. Among his many awards and honors, Gould won the National Book Award and the National Book Critics Circle Award. His titles include; Ever Since Darwin, The Panda's Thumb, Hen's Teeth and Horse's Toes, Time's Arrow, Time's Cycle, Wonderful Life: The Burgess Shale and the Nature of History, The Structure of Evolutionary Theory and Full House: The Spread of Excellence from Plato to Darwin. Stephen Jay Gould died on May 20, 2002, following his second bout with cancer.

Stephen Jay Gould (1941-2002) was the Alexander Agassiz Professor of Zoology and Professor of Geology at Harvard University. He published over twenty books, received the National Book and National Book Critics Circle Awards, and a MacArthur Fellowship. 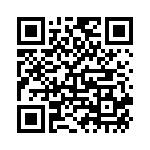