I SHALL NOT HATE: A Gaza Doctor's Journey On the Road to Peace and Human Dignity

Inspiring memoir of the struggle of a Palestinian doctor to preserve his family, humanity and hope in the face of injustice and destruction in the Gaza Strip.The eldest boy of nine siblings raised in ... „°Ó ±„ķ°õ ŅņÓõ

Review: I Shall Not Hate

I Shall Not Hate is truly a book worth reading. The raw emotional passion that Abuelaish feels throughout the book is self-evident in this unapologetic, unpolished work about one man's hope for a new ... „°Ó ±„ķ°õ ŅņÓõ

Izzeldin Abuelaish, MD, MPH is a three-time Nobel Peace Prize Nominee, and is often referred to as ōthe Gaza Doctorö in the media. He is a Palestinian medical doctor and infertility specialist who has dedicated his life to peace in the conflict between Israel and Palestine. He is the Founder and President of the Daughters for Life Foundation, a Canadian charity that provides awards and scholarships to young women in the Middle East in memory of his slain daughters. He gave a TED talk in which he says that his aim in establishing the Foundation was to give other young women the opportunity to fulfill his daughters' dreams for an educated future as agents of change in the journey towards peace. He now lives with his family in Canada, where he is an associate professor at the Dalla Lana School of Public Health at the University of Toronto. His website and foundation can be found at www.daughtersforlife.com. 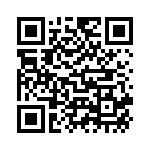