Clifford Davidson is Professor of English and Medieval Studies Emeritus at Western Michigan University, USA. For many years he was a co-editor of Comparative Drama, and from 1976 to 2003 he directed the Early Drama, Art, and Music project in the Medieval Institute. He is the author of numerous books and articles, including History, Religion, and Violence: Cultural Contexts for Medieval and Renaissance English Drama (Ashgate, 2002). 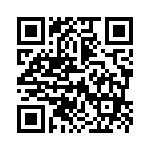