There were some really great parts, including the every continuing ever more complicated relationship between Ro Lauren and Quark. However, the book as a whole had a hard time keeping my attention ... ųÝŗ ŮųťÝš Óžŗš

I have been a fan of the DS9 series since it launched. I like the "re-launch" though I still would prefer more novels set during the run of the show. As a continuation of the story of DS9 and it's ... ųÝŗ ŮųťÝš Óžŗš 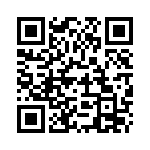