тоег 34
Thus , on the one hand , the Board of Revenue was responsible for inspecting
dies sent from provincial mints , for commenting on memorials concerning the
coinage sent to the Emperor and referred to it ; on the other hand , it was bound
by ...
тоег 48
The centre had , after all , no tradition of direct tax administration , all collections
were directed by provincial officials . Indeed , Sir Robert Hart and other foreign
observers saw rightly that without fiscal reform , modernization directed from the ...
тоег 88
In consequence , the Chinese government , even after increasing the remittances
from provincial authorities , found itself with limited sources of funds . The
customs revenues were hypothecated , the revenues of the railways were
committed to ... 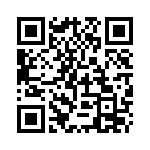