Get this book in print

What people are saying - Write a review

A study of an art form which has remarkable fluidity, and thus, is hard to set rules for....good within its necessary limits. The book has been often reprinted, so it seems of value. The text was first printed in 1927. Read full review

I remember seeing this one on the shelves when I was growing up. I loved flipping through it and reading what Forster had to say about developing a novel (what makes a good one). It contributed to all ... Read full review

Other editions - View all

E. M. Forster published his first novel, Where Angels Fear to Tread, in 1905, which was quickly followed in 1907 by The Longest Journey, and then in 1908 with A Room with a View. However, Forster's major breakthrough came in 1910 with the book Howards End, which is often still regarded as his greatest work. Forster was associated with the Bloomsbury Group, a collective of intellectuals and peers, among them Virginia Woolf, Benjamin Britten, Roger Fry, and John Maynard Keynes. The publication of A Passage to India in 1924 firmly cemented Forster in the literary firmament as one of the most important writers of the twentieth century with this being one of the most important novels of the twentieth century. It was, however, the last novel Forster ever completed. 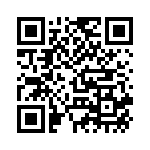