ÚÓŚ„ 39
... to excite an unjustifiable This House is fully satisfied that your opposition to the
conftitutional authority of Affembly is too generous and enlarged in Parliament ,
and to revive those unhappy froriment to believe that this letter pro- divisions and
...
ÚÓŚ„ 78
A , N express arrived with a letter of the To his Excellency Henry Laurens , the
President , and other Members of which was read , and a packet in which it
Congrefs . was inclosed , together with other papers , Gentlemen , With an
earnest defire ...
ÚÓŚ„ 80
Eodern Die , P. M. The Committee ton , in refusing a passport to Dr. Ferguton . to
whom were referred the letters and ... Commissioners from the King of Great
Britain , reported the draft of a letter , In CONGRESS , June 17 , 1778 . which was
... 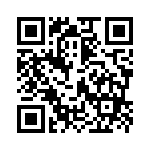