ÚÓŚ„ 3 - From the very start we are involved in the argument between nature and man in which science plays only a part, so that the common division of the world into subject and object, inner world and outer world, body and soul, is no longer adequate and leads us into difficulties.Ģ
ÓŚŰťÚ Š-33 ŮŰÝťŪ Ó-1964 Ú„ 2007
ÚÓŚ„ 5 - ... speak of objects and phenomena, even if they are imaginary, exterior and anterior to language: the world exists and the writer speaks: that is literature. The object of criticism is very different; the object of criticism is not "the world...Ģ
ÓŚŰťÚ Š-13 ŮŰÝťŪ Ó-1972 Ú„ 2003

Margery Arent Safir is Professor of Comparative Literature, The American University of Paris. Her previous publications include Earth Tones: The Poetry of Pablo Neruda (with Manuel Duran); A Woman of Letters; and Archipelago (a translation of the novel by Michel Rio). 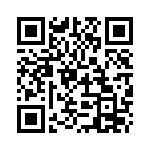