Mencius, also known by his birth name Meng Ke or Ko, was born in the State of Zou, now forming the territory of the county-level city of Zoucheng (originally Zouxian), Shandong province, only thirty kilometres (eighteen miles) south of Qufu, Confucius' birthplace. He was an itinerant Chinese philosopher and sage, and one of the principal interpreters of Confucianism. Supposedly, he was a pupil of Confucius' grandson, Zisi. Like Confucius, according to legend, he travelled China for forty years to offer advice to rulers for reform. During the Warring States period (403-221 BC), Mencius served as an official and scholar at the Jixia Academy in the State of Qi (1046 BC to 221 BC) from 319 to 312 BC. He expressed his filial devotion when he took an absence of three years from his official duties for Qi to mourn his mother's death. Disappointed at his failure to effect changes in his contemporary world, he retired from public life. Mencius is buried in the "Mencius Cemetery," which is located 12 km to the northeast of Zoucheng's central urban area. A stele carried by a giant stone tortoise and crowned with dragons stands in front of his grave. 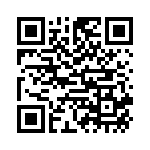