Ronsard is one of the principal originators of European poetic tradition as it has existed since the Renaissance. Dissatisfied with native French poetic models, and taken with the example of Greek, Latin, and Italian poetry, he set about to make a French poetry that would rival the poetry of the ancients. He was the first to imitate systematically forms such as the ode, the sonnet, the epic, the eclogue, and the elegy. He attracted a circle of sympathetic poets; since the group amounted to seven, they called themselves the Pleiade, after the seven-starred constellation. Their professed aim was to build a poetic tradition based on classical (Greek and Roman) or Italian models, instead of medieval French forms. Their manifesto was an essay by Joachim du Bellay called "Defense et illustration de la langue francaise," the first significant work of French literary criticism. Of Ronsard's large and varied literary works (including his lyric odes, his Amours or love poems addressed to Cassandre, and his Sonnets pour Helene, a new series of love poems), the best known are his sonnets, rich in image and delicate of construction. 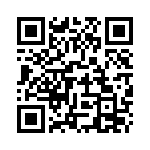