Shalom Goldman is Assistant Professor of Hebrew Studies at Dartmouth College. He is also the author of Hebrew and the Bible in America and coauthored the libretto of the American opera Akhnaten, music by Philip Glass. 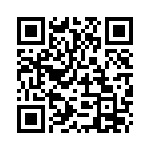