Nancy L. Rosenblum is Professor of Government at Harvard University. She is the author of Membership and Morals (Princeton), Another Liberalism, and editor of Obligations of Citizenship and Demands of Faith (Princeton). Robert C. Post is Alexander F. and May T. Morrison Professor of Law at the University of California, Berkeley. He is the author of Constitutional Domains and editor or coeditor of several other books. 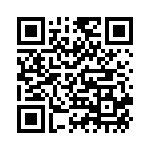