The poet Hesiod tells us that his father gave up sea-trading and moved from Ascra to Boeotia, that as he himself tended sheep on Mount Helicon the Muses commanded him to sing of the gods, and that he won a tripod for a funeral song at Chalcis. The poems credited to him with certainty are: the Theogony, an attempt to bring order into the otherwise chaotic material of Greek mythology through genealogies and anecdotes about the gods; and The Works and Days, a wise sermon addressed to his brother Perses as a result of a dispute over their dead father's estate. This latter work presents the injustice of the world with mythological examples and memorable images, and concludes with a collection of folk wisdom. Uncertain attributions are the Shield of Heracles and the Catalogue of Women. Hesiod is a didactic and individualistic poet who is often compared and contrasted with Homer, as both are representative of early epic style. "Hesiod is earth-bound and dun colored; indeed part of his purpose is to discredit the brilliance and the ideals of heroism glorified in the homeric tradition. But Hesiod, too, is poetry, though of a different order. . . " (Moses Hadas, N.Y. Times). 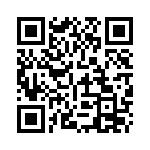