ÚÓŚ„ 206
In astronomy , for example , when attending to the mechanism of the planetary
system , we should instance at most but two laws ó the law of gravitation ; and
perhaps the law of perseverance , on the part of all bodies , whether in a state of
rest ...
ÚÓŚ„ 387
The first sequence , or that which obtains between the first and second term , is a
pure instance of the suggestion of thought by thought , or , to speak in the old
language , of the association of ideas . The second sequence , or that which ...
ÚÓŚ„ 390
... in this instance , it is of no prac . tical necessity for the purposes of our
argument ; and it is truly the same in many other instances , where , if instead of
reasoning theologically on the palpable operations of the mechanism , we should
reason ... 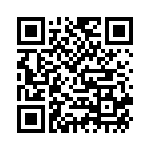