‗¯ÕÒ 68
Beyond compare the Son of God was seen Most glorious ; in him all his Father
shone Substantially expressed ; and in his face 140 Divine compassion visibly
appeared , Love without end , and without measure grace ; Which uttering , thus
he ...
‗¯ÕÒ 76
They Thee , Father , first they sung , Omnipotent , hymn the Immutable , Immortal ,
Infinite , Father Eternal King ; thee , Author of all being , and the Son Fountain of
light , thyself invisible Amidst the glorious brightness where thou sitt'st Throned ...
‗¯ÕÒ 365
Leviathan , a word used in Japhet , used by M . as the Bible sometimes of though
it were the same the whale , sometimes of word as Iapetus , father of the
crocodile ; but there Prometheus . Prometheus are mythical legends about stole
fire from ... 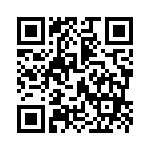