˛ţňŃ viii
Israel Museum, Jerusalem: Nos. i, 6, 7, 8, 9, 10, and 21 Hebrew Union College,
Skirball Museum, Los Angeles: Nos. 2, 4, and 5. Jewish Museum, London: No. 3
British Library, London: No. 11. Professor Myriam Ayalon, Jerusalem: Nos. 12
and ...
˛ţňŃ xi
This book is based on the Gustave A. and Mamie W. Efroymson Memorial
Lectures delivered at Hebrew Union College in Cincinnati, Ohio, in November
1981. I have considTHE JEWS OF ISLAM by forceŚsomething seen as normal
and ...
˛ţňŃ xiii
... learn something about their own subject from contemporary Jewish sources; in
this case, a Hebrew travelogue (part of which Lewis translated) by an Italian
Rabbi and kabbalist who visited Damascus (and many other places) shortly after
the ...
˛ţňŃ xv
Lewis's choice of framework for this chapter may have been a response to two
works about the non-Muslims he cites in the very first note, one in French (
subsequently translated into English, Hebrew, and Russian), the other in ...
˛ţňŃ xix
Communal life and intellectual contributions of Ottoman Jewry, explicated in the
mostly Hebrew sources, appear quite different from the classical Islamic period,
in part because of the presence of a strong European element in the form of the ...
ńßÓ » 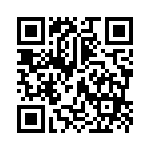