Charles Luthwidge Dodgson was born in Daresbury, England on January 27, 1832. He became a minister of the Church of England and a lecturer in mathematics at Christ Church College, Oxford. He was the author, under his own name, of An Elementary Treatise on Determinants, Symbolic Logic, and other scholarly treatises. He is better known by his pen name of Lewis Carroll. Using this name, he wrote Alice in Wonderland and Through the Looking Glass. He was also a pioneering photographer, and he took many pictures of young children, especially girls, with whom he seemed to empathize. He died on January 14, 1898.

Michael Foreman was born in Pakefield, Suffolk on March 21, 1938. At the age of fifteen, Foreman began to study art. His first children's book was published while he was still a student. He earned his M. A. from the Royal College of Art and since then, has written and/or illustrated many children's books. After leaving art school Michael traveled all over the world making films and television commercials. He has also worked on magazines, book jackets, animated films, and TV ads. He even worked for the police, sketching criminals described by witnesses. Foreman has won the Kate Greenaway Award twice, the Smarties Book Prize, The Kurt Maschler Award, the Children's Book Award, the Bologna Book Prize and the Francis William's Illustration Award twice. 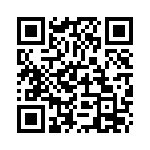