Andreas Heinemann-Grüder is currently Senior Researcher at the Bonn International Center for Conversion and is Adjunct Professor for Political Science at the Humboldt University. 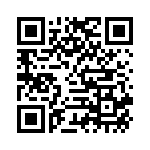