Jolyon Timothy Hughes, Ph.D., is assistant professor of German at Colorado State University in Fort Collins, Colorado. Jeremias Gotthelf (1797 - 1854) was born Albert Bitzius in what was then the Swiss Canton of Bern. He studied at the Theological Academy in Bern and was ordained in 1820, after which he worked for his father, a pastor, as curate in Utzenstorf for a year. In 1821, he traveled to Germany and spent time at the university in Gttingen before returning to the position of curate. In 1832, Bitzius became a pastor in Ltzelflh. Bitzius adopted the pseudonym of Jeremias Gotthelf, under which he began to write fiction as an outgrowth of his sermons. 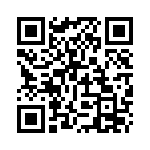