“ŅÕŃ 49
before the Justice, some with verbal statements of what had been taken from
them, others had rough memoranda on fragments of paper, while a few had
receipts from the British officers, or orders on the Commissary to pay. The Justice
copied ...
“ŅÕŃ 191
give them chase, the night after they appeared in sight, they made signals of
distress without knowing who they were, they were taken up by a Capt Steel Little
in the Delaware Bay, on Cape May the 2nd of July, having mistaken it for New
York; ...
“ŅÕŃ 192
The Indians who have taken the hatchet at Detroit, Ottowas, Chippoweys,
Wyandatts, Pouttaawatomies, Shawanese, Quiquapous, Oiwattannongs, and
other nations too tedious to mention, have always acted with the greatest
humanity ... 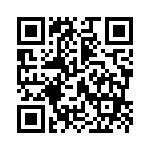