Maurice Charney is Distinguished Professor of English at Rutgers University and the past president of the Shakespeare Association of America. He is the author or editor of twenty books, including How to Read Shakespeare, Style in Hamlet, Shakespeare's Roman Plays, Sexual Fiction, and All of Shakespeare (Columbia) and is a recipient of the Medal of the City of Tours. 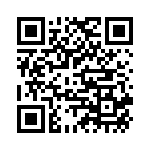