Shang Yang (d. 338 B.C.E.) was a Chinese statesman and reformer active during the Warring States Period. The Book of Lord Shang, attributed to him and his followers, is credited as a founding text of the so-called Legalist School of thought in early China.

Yuri Pines is Michael W. Lipson professor of Asian studies at the Hebrew University of Jerusalem. His books include The Everlasting Empire: Traditional Chinese Political Culture and Its Enduring Legacy (2012) and Envisioning Eternal Empire: Chinese Political Thought of the Warring States Era (2009). 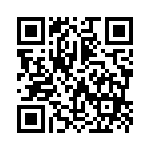