Peter Gillman is one of Britain's leading mountaineering writers. His articles have appeared in the national press for more than thirty years and he has a dozen books to his name, including Eiger Direct and his acclaimed Everest anthology. In 1992 he saw Everest with his wife on a journey through Tibet, retracing the steps of Mallory's 1921 reconnaissance expedition. He lives in south London, England.

Leni Gillman is a writer and outdoor enthusiast who co-authored several books with her husband. In 1992, with her husband Peter Gillman she saw Everest on a journey through Tibet, retracing the steps of Mallory's 1921 reconnaissance expedition. She lives in South London, England with her husband. 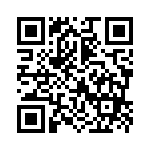