Thomas Boston - (1677-1732), Scottish church leader Boston was born at Duns. His father, John Boston, and his mother, Alison Trotter, were both Covenanters. He was educated at Edinburgh, and licensed in 1697 by the presbytery of Chirnside. In 1699 he became minister of the small parish of Simprin, where there were only 90 examinable persons. In 1704 he found, while visiting a member of his flock, a book brought into Scotland by a commonwealth soldier. This was the famous Marrow of Modern Divinity, by Edward Fisher, a compendium of the opinions of leading Reformation divines on the doctrine of grace and the offer of the Gospel, which set off the Marrow Controversy. Its object was to demonstrate the unconditional freeness of the Gospel. It cleared away such conditions as repentance, or some degree of outward or inward reformation, and argued that where Christ is heartily received, full repentance and a new life follow. On Boston's recommendation, James Hog of Carnock reprinted The Marrow in 1718; and Boston also published an edition with notes of his own. The book, being attacked from the standpoint of high Calvinism, became the standard of a far-reaching movement in Scottish Presbyterians. The Marrow men were marked by the zeal of their service and the effect of their preaching. As they remained Calvinists they could not preach a universal atonement; rather they were particular redemptionists. In 1707 Boston was transferred to Ettrick, Scotland. He distinguished himself by being the only member of the assembly who entered a protest against what he deemed the inadequate sentence passed on John Simson, professor of divinity at Glasgow, who was accused of heterodox teaching on the Incarnation. Boston, if unduly introspective, was a man of singular piety and amiability. His autobiography is an interesting record of Scottish life, full of sincerity and tenderness, and not devoid of humorous touches, intentional and otherwise. His books, The Fourfold State, The Crook in the Lot, and his Body of Divinityand Miscellanies, had a powerful influence over the Scottish peasantry. His Memoirswere published in 1776. An edition of his works in 12 volumes appeared in 1849. 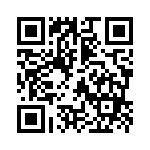