Paul Gustave Doré (January 6, 1832 to January 23, 1883) was a French artist, engraver, illustrator and sculptor. Doré worked primarily with wood engraving and steel engraving. In 1853, Doré was asked to illustrate the works of Lord Byron. This commission was followed by additional work for British publishers, including a new illustrated English Bible. A decade later, he illustrated a French edition of Cervantes's Don Quixote, and his depictions of the knight and his squire, Sancho Panza, have become so famous that they have influenced subsequent readers, artists, and stage and film directors' ideas of the physical "look" of the two characters. He continued to illustrate books until his death in Paris following a short illness. The city's Père Lachaise Cemetery contains his grave. 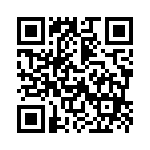