Ghosts of Manila: the fateful blood feud between Muhammad Ali and Joe Frazier

Kram, a former Sports Illustrated writer whose account of the 1975 Ali-Frazier "Thrilla in Manila" is acknowledged as the finest deadline boxing piece ever turned in, has watched Muhammad Ali's ... чша счйшд омад

Can be difficult to read in parts but I enjoyed the book. чша счйшд омад

тоег 134 - I've been doing all my life after people who interest me, because the only people for me are the mad ones, the ones who are mad to live, mad to talk, mad to be saved, desirous of everything at the same time, the ones who never yawn or say a commonplace thing, but burn, burn, burn like fabulous yellow roman candles exploding like spiders across the stars...ю
оефйт б-221 сфшйн о-1941 тг 2007
тоег 89 - What a passion to be real. But real was also brutal. And the acceptance of excrement as a standard? How extraordinary! Youth? Together with the idea of sexual potency? All this confused sexexcrement-militancy, explosiveness, abusiveness, toothshowing, Barbary ape howling. Or like the spider monkeys in the trees, as Sammler once had read, defecating into their hands, and shrieking, pelting the explorers below.ю
оефйт б-15 сфшйн о-1970 тг 2002
тег
тоег 215 - None of them really heard her. They were all too busy watching her smile, laugh, shiver, whisper, grow indignant, cross and uncross her legs, stick out her tongue, widen and narrow her eyes, toss her head so that her platinum hair splashed against the red plush of the chair back. The strange thing about her gestures and expressions was that • they didn't really illustrate what she was saying. They were almost pure.ю
оефйт б-15 сфшйн о-1960 тг 2002
тоег 89 - Orwell was a fink. He was a sick counterrevolutionary. It's good he died when he did. And what you are saying is shit." Turning to the audience, extending violent arms and raising his palms like a Greek dancer, he said, "Why do you listen to this effete old shit? What has he got to tell you? His balls are dry. He's dead. He can't come.ю
оефйт б-27 сфшйн о-1970 тг 2002
тоег 127 - ... people who are the enemy of ministers. The Black Muslims demand that Negroes keep their place. They go along with the Klan on segregation. It seemed right that Cassius Clay had a good time beating up another Negro. This was fun, like chasing them with dogs and knocking them down with streams of water. The heavyweight champion is a vicious propagandist for a spiteful mob that works the religious underworld.ю
оефйт б-6 сфшйн о-1991 тг 2004
тоег 44 - Current hagiographers have tied themselves in knots trying to elevate Ali into a heroic, defiant catalyst of the antiwar movement, a beacon of black independence. It's a legacy that evolves from the intellectually loose sixties, from those who were in school then and now write romance history.ю
оефйт б-3 сфшйн о-2002 тг 2003
тоег 47 - From this standpoint, the heavyweight champion has been a complete and total disgrace. I urge the citizens of the nation as a whole to boycott any of his performances. To leave these theater seats empty would be the finest tribute possible to that boy whose hearse may pass by the open doors of the theater on Main Street USA.ю
оефйт б-5 сфшйн о-1991 тг 2003
тоег 84 - All types of women, white women, too, make passes at me. Girls find out where I live and knock at the door at one and two in the morning. They send me their pictures and phone numbers, saving, 'Please, just telephone me.ю
оефйт б-3 сфшйн о-1983 тг 2002
тоег 198 - Eyes, nose, ears, larynx, kidneys, they all take horrific beatings. But their faces tell where fighters have been, the potholes over which they had to rattle, from the small arenas with the single light bulb and a backed-up toilet in the dressing rooms to the flooding light of the big time.ю
оефйт б-2 сфшйн оъек 2002
фзеъ

Mark Kram, Jr. won the 2013 PEN/ESPN Award for Literary Sports Writing for his first book, Like Any Normal Day: A Story of Devotion. Articles by him have appeared in The Best American Sports Writing and will be included in the forthcoming anthology, The Great American Sports Page. The Society of Professional Journalists honored him with the 2011 Sigma Delta Chi Award for feature writing. Formerly a sports writer in Philadelphia, Detroit, and Baltimore, he is the son of the late Mark Kram, the acclaimed journalist for Sports Illustrated and author of Ghosts of Manila: The Fateful Blood Feud between Muhammad Ali and Joe Frazier. He has edited a collection of his father’s magazine pieces, Great Men Die Twice: The Selected Works of Mark Kram. He lives outside Philadelphia. 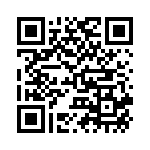