John Milton (1608-74) is best known for his epic masterpiece Paradise Lost and for his commitment to the republican cause. He wrote the crucial justifications for the trial and execution of King Charles I and was Secretary for Foreign Tongues, thus becoming the voice of the revolution. His influence on English literature can only be rivalled by Shakespeare. 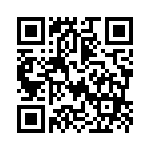