˛ţňŃ 593
Have this song in their mouths : as the Israelites worshipped God , so the which
seems to have been composed by some heathens worshipped Baal , in high
places , of the Amorites , upon the victory which Numb . xxii . 41 , and particularly
the ...
˛ţňŃ 791
And , amidst the uncommon confusion of inter| preters and commentators , the
Sam . version alone seems to have preserved it . For that version , which in
general exactly expresses the words of the text , reads the line here , 715 718
710 .
˛ţňŃ 792
The variation seems to have been letter having been negligently omitted or
introduced by some ignorant transcriber , added , transcribers have afterwards
inserted who altered these two words , to make them both the proper and
improper ... 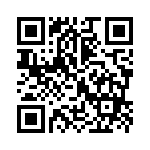