Brian Francis Wynne Garfield was born in New York City on January 26, 1939. He attended the University of Arizona and served in the U.S. Army and the Army Reserves from 1957-1965. He wrote his first book, Range Justice, when he was 18 years old. He went on to write more than 70 books including westerns, mysteries, and nonfiction. His novels included Death Wish, Gun Down, and Death Sentence. Hopscotch won an Edgar Award and was adapted into a film in 1980, which Garfield also wrote. The Thousand-Mile War: World War II in Alaska and the Aleutians was a finalist for the Pulitzer Prize in nonfiction in 1969. Nineteen of his works were made into films or TV shows. He died after a battle with Parkinson's disease on December 29, 2018 at the age of 79. 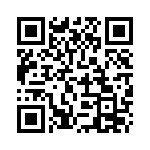