His early research was concerned with the dynamics and rheology of flexible polymers, especially with developing a theoretical description of the role of molecular entanglements for determining the transport properties to flexible polymer solutions and melts. He then worked on various aspects of the rheological properties of soft matter, polymers, liquid crystals, colloidal suspensions and gels. His current research is focused on the surface phenomena of polymers, such as adhesion, friction, and drying. 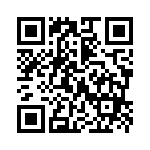