John William Middendorf II served in the Nixon, Ford, and Reagan administrations as Secretary of the Navy, Ambassador to The Netherlands, U.S. Representative to the Organization of American States, and U.S. Representative to the European Community. He is a founding member, with William F. Buckley Jr., of the American Conservative Union and a board member of the Heritage Foundation 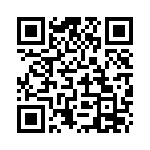