Donald Winnicott began his medical career in the field of paediatrics, but gradually became more and more interested in the study of child psychology. During his career he was President of the British Psycho-Analytical Society. President of the Paediatric Section of the Royal Society of Medicine, and Chairman of the Medical Section of the British Psychological Society. He died shortly after Completing Playing and Reality, which has since become a classic work of reference. 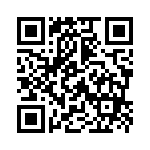