Edward L. Shaughnessy is Professor of Early Chinese History at the University of Chicago. A well respected scholar, his books include I Ching: The Classic of Changes and The Cambridge History of Ancient China. He lives in Chicago. 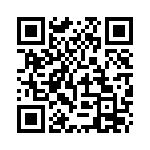