I had never read about the Holocaust from a Hasidic perspective before, and was glad I found this book. Moving, healing, and not the usual way accounts from the Holocaust are told. ¸°Ó ±¸Ú°õ ¯ýÓõ

A historical and spiritual masterpiece.

Reading this collection of Holocaust memories is a searing yet uplifting experience. Author Yaffa Eliach has gathered oral histories and other accounts from Hasidic Jews in Eastern Europe during WWII ... ¸°Ó ±¸Ú°õ ¯ýÓõ

Yaffa Eliach was born Yaffa Sonenson in Eishyshok, Lithuania on May 31, 1937. Her family went into hiding in 1941 and managed to survive until the area's liberation in July 1944. After World War II, she traveled to Palestine with an uncle and eventually reunited with her father and brother. She immigrated to the United States in 1954 and received a doctorate from the City University of New York in 1973. She dedicated her life to the study and memorialization of the Holocaust and its victims. She worked as a professor of history and literature in the department of Judaic studies at Brooklyn College and founded the Center for Holocaust Studies at the Yeshivah of Flatbush in Brooklyn. She collected hundreds of photographs from the shtetl where she was born. Some 1,500 photographs were selected for the United States Holocaust Memorial Museum's Tower of Faces, where they are arranged in a narrow chasm that visitors walk through. She also wrote several books including Hasidic Tales of the Holocaust and There Once Was a World: A 900-Year Chronicle of the Shtetl of Eishyshok. She died after a long illness on November 8, 2016 at the age of 79. 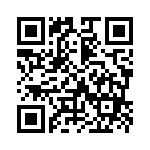