Robert L. Tignor, professor of history at Princeton University, is the author of The Colonial Transformation of Kenya: The Kamba, Kikuyu, and Maasai from 1900 to 1939, and other books. 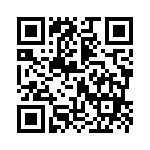