Robert H. Bork has been a partner at a major law firm, taught constitutional law at Yale Law School and served as Solicitor General and Acting Attorney General of the United States as well as a US Court of Appeals judge. Currently he is a Senior Fellow at the American Enterprise Institute for Public Policy Research. 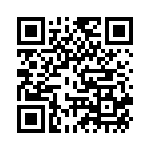