Another book from my socialist phase. I don't think I ever read this one. ųÝŗ ŮųťÝš Óžŗš

Susan Elizabeth George, 1949 - Mystery writer Susan George was born on February 26, 1949 in Warren, Ohio to Robert and Anne George. She received an A.A. from Foothill Community College in Los Altos, CA (1969), a B.A. from the University of California at Riverside (1970) and an M.S. from California State University (1979). George has taught English at several California high schools and has conducted creative writing courses at Coastline College, Irvine Valley College, and the University of California, Irvine. She was selected Teacher of the Year by the Orange County Department of Education in 1981. George finished writing her first unpublished novel when she graduated from Holy Cross High School. Her first published novel, "A Great Deliverance," won the Anthony and Agatha Awards, was nominated for an Edgar and a Macavity award, and received the French, Le Grande Prix de Litterature Policiere. "Playing for the Ashes" was George's first New York Times bestseller. "Well-Schooled in Murder" won the German MIMI, which recognizes outstanding international mystery books. "Deception on His Mind," is a main selection of the American book of the month club and the British book of the month club. 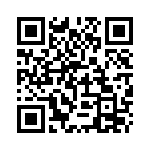