Fotini Christia is Associate Professor of Political Science at Massachusetts Institute of Technology. She received her Ph.D. in Public Policy at Harvard University in 2008. Her research interests deal with issues of ethnicity, conflict and cooperation in the Muslim world. She has done extensive ethnographic, survey and experimental research in Bosnia-Herzegovina and is presently working on a field experiment in Afghanistan that addresses the effects of development aid on post-conflict governance and state building. Her current Afghanistan research project, on which she is co-principal investigator, draws upon a randomized impact evaluation of a $1 billion community-driven development program. Professor Christia has received support for her research from the Harvard Academy for International and Area Studies, the London School of Economics International Growth Center, the UN's World Food Program and the World Bank, among other institutions. She has published work in publications such as Science, Comparative Politics and the Middle East Journal. She has also written on her experiences in Afghanistan, Iran, the West Bank and Gaza and Uzbekistan for Foreign Affairs, The New York Times, the Washington Post and the Boston Globe. She graduated magna cum laude with a joint B.A. in Economics and Operations Research from Columbia College and an MA in international affairs from the School of International and Public Affairs at Columbia University. 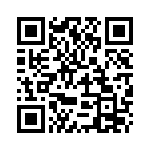